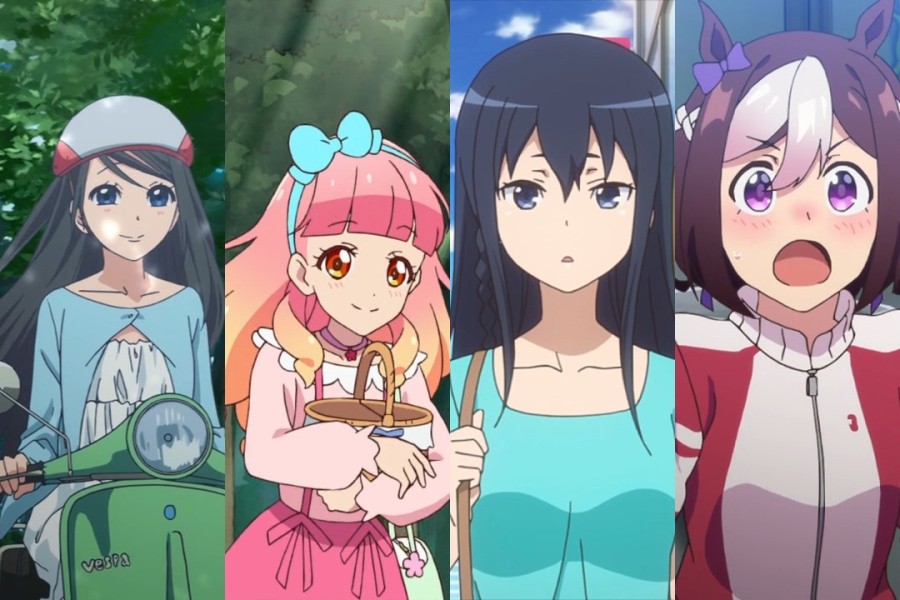 Yet another anime seasons is upon us! Spring is traditionally one of the two busier seasons, so lets how things are going to stack up here on Flip Flapping!

As always, within each tier shows are listed alphabetically.

After skipping out on the last bit of the original Aikatsu and all of Aikatsu Stars, I’m back now for Aikatsu Friends. And…its really good! The first episode did an amazing job of introducing our new lead, Yuuki Aine as well as her new idol best friend Minato Mio. It was similar enough to the start of the original Aikatsu to be thematically grounded, but different enough to not be a complete retread.

Aine is a fairly standard “genki girl” lead in the mold of Hoshimiya Ichigo, but she’s fun to watch and gets you wrapped up in her enthusiasm. Mio, an established idol, has an immediate rapport with Aine, leading to her asking Aine to join her for a pair idol event. The first episode covers everything from their first meeting, to them performing together to Aine deciding to transfer to the idol track at her school and it doesn’t feel overstuffed or rushed. Very impressive start to hopefully two or more years worth of Idol Activities!

This was a real surprise. Perhaps the strongest premier episodes of the season, it does an amazing job of setting up its core characters and concept while also being absolutely hilarious. Nitta Yoshifumi is a young, successful member of the Yakuza. One day a large metal pod appears in his room, and inside is a naked girl with psychic powers. He becomes her dad. That basically sums up the situation. The naked girl, Hina, has a deadpan personality that makes almost every interaction she has hilarious. 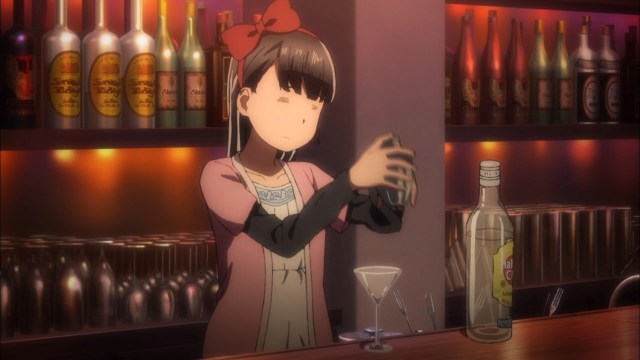 Nitta himself is a great character, he stumbles himself into being a dad to this weird girl and despite himself he clearly enjoys it. Though his pained reactions to the situations that arise are perhaps the best part. He quickly figures out that Hina came from a situation that was very bad, where she was used as a weapon. The rest of the cast is also a lot of fun, it seems like daily-life hijinks will be the order of the day here. Though what qualifies as “daily life” in this show is…interesting 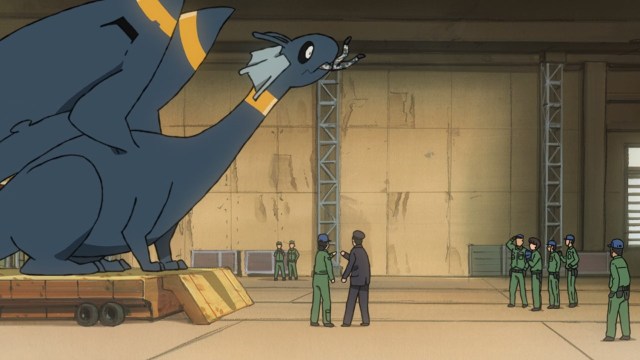 I expected to like this show but was blown away at just how good it actually is. The basic concept is that dragons are real, and they have been hidden in plain sight by authorities for thousands of years. In the modern age they are known as “Organic Transforming Fliers” and are the responsibility of the Japan Air Self Defense Force, where they are disguised as Fighter Jets. Oh and to pilot one you have to get eaten by it. 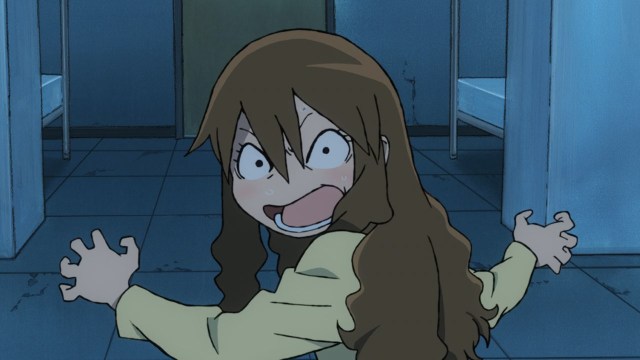 So Amakusa Hisone is a young recruit in the JASDF, and finds herself transferred to a new division. Shortly thereafter she is eaten by a dragon and is now that dragon’s designated pilot. She doesn’t take this well. Anyway, the show is gorgeous to look at, with amazing backgrounds and incredibly unique character designs. Its also fantastically animated. Hisone herself suffers from severel self-confidence issues, which makes it hard for her to express her opinion. But when she finally does, its amazing. The scene where she snaps and goes off on everyone will easily be one of the best scenes of the year. Highly recommended so far, could end up a best of the year competitor.

Its, well, more Amanchu. Teko and Pikari pick up basically right where they left off, and their relationship is only becoming more and more like girlfriends instead of just friends. Weirdly I don’t have much to say about it. Its pretty and relaxing, but well, its Amanchu, that’s how its supposed to be. If you liked season 1, you’ll like this.

This season’s required Manga Time Kirara adaption is, perhaps, a bit more meta than is usual. It is about four high school girls who draw manga. Two of them do it professionally, two are still trying to break in. They all end up living in a boarding house for young female mangaka and slice of life happens. Our lead is Moeta Kaoruko, or “Kaos” as she’s known. She’s in high school but looks like she’s in elementary school. She draws….slice of life 4koma manga for Manga Time Kirara, but none of her attempts have worked because readers say her high school girls are unrealistic. So she gets shipped to Tokyo to live at the boarding house and experience life as a “regular” high school girl.

The other characters include an aspiring shoujo manga artist who can’t draw pretty boys (but can draw pretty girls). A tomboyish girl who draws a popular shonen action manga, and a flat-chested girl who draws fanservice manga and got the penname “Kyonyuu” (Big Boobs). They all come together to help each other out, and to do general Manga Time Kirara things. So far, its pretty fun!

So its only been two episodes since my last update about this year’s Precure, so not much more to add. Episode 11 had the first major climax now that the entire group is together, and it was excellent. Looking forward to seeing even more.

Also Emiru is cute. So is Lulu. 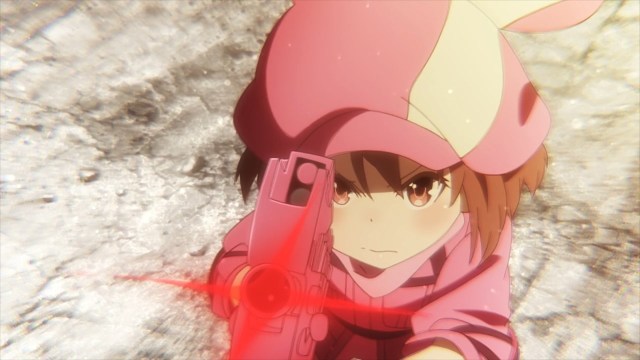 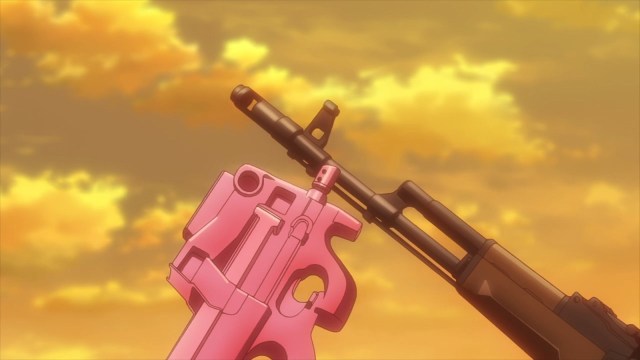 Karen is very tall, over 180cm, and she has a pretty major complex about this. So in Gun Gale Online she plays using an avatar of a very short girl. The first two episodes were mostly setup. Episode 1 being an in media res of the Squad Jam tournament that seems to be the backbone of the series, while episode 2 backed up to how Karen started. One of the key aspects seems like it will be her relationship with another female player, known as Pitohui. The action is a lot of fun and the comedy is surprisingly dry, plus by eliminating the extraneous major stakes stuff that plagues SAO, its just a lot more fun to watch.

As the second half has started its mostly been cleanup from the events that ended the first half. One of the three remaining members of the elite 4 guards was captured, but two more are unaccounted for. Aradama are appearing across Japan due to the explosion of Noro from the sealing of Tagitsu-hime. The new plotline is still starting to wind up, so other than this its hard to say where its going to go. 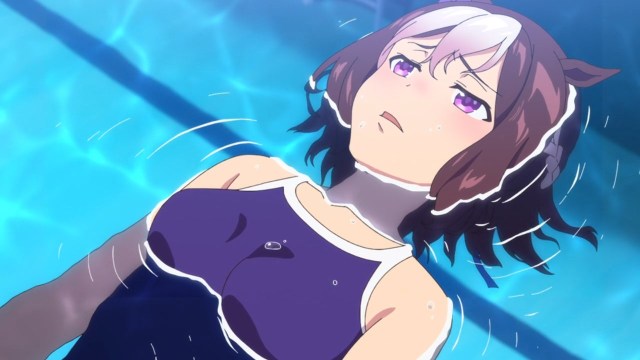 The show furthest along already and its pretty much hit its groove. By and large its exactly what it claims to be. Horse girls run races and then give idol performances afterwards. If that seems like a reasonable thing to base a show around, you’ll probably enjoy this. Special Week is a pretty fun protagonist, and her relationship with Silence Suzuka is low key but also a good emotional grounding point for her.

The show’s only real problem is the male trainer character, who had a bad introduction by groping Special Week’s legs (and getting kicked in the face for his trouble), which if it had been done once and he’d apologized, whatever. But he does it again, and then another time in episode 4. On top of just feeling badly written compared to the rest of the show. The existence of a “trainer” makes sense, but this implementation is bad and drags the show down significantly. But if you can deal with that, the entire rest of the show is great and a lot of fun.