Merry Christmas! In celebration lets talk about how Akemi Homura ruined her own life, and how she was never going to be able to accept Madoka’s “Happy Ending”.

As we approach the 7th Anniversary of the Madoka franchise, its worth considering the ending once more. It was controversial, of course. Many people thought it was a cop-out, that it trivialized sacrifices made earlier in the series. Others thought it was a clear articulation of the core themes of Magical Girl shows, that hope always shines through, no matter the darkness. 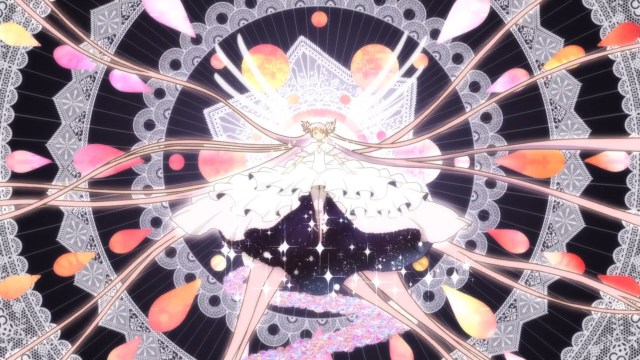 One person though, definitely did not like this ending. That being of course Akemi Homura. Homura had, by the time we reach the events of the series, gone though multiple loops of the same event. The exact number is unknown but it is plausibly in the hundreds, almost certainly in at least the dozens. She’s jaded and bitter, unable to bring herself to express any sort of positive emotions. The only thing she has left is her goal, to save Madoka.

You can argue as to whether Madoka ‘loves’ Homura, though certainly some Madokas did. Homura’s feelings for Madoka go beyond simple “love”. Madoka is all that keeps Homura going, a driving force that makes her try again after every failure. All she wants is for Madoka to live a happy life. What happens to her is irrelevant, she has long since stopped caring if she lives or dies. Only that if she dies, no one can save Madoka. 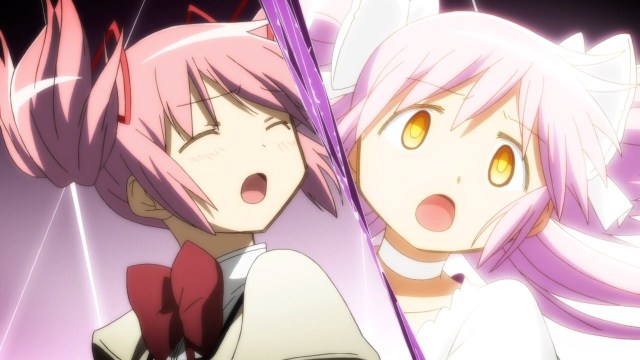 And then, Madoka makes her final wish. Securing a future for all Magical Girls; past, present and future. Not future free from pain and suffering, but at least one free from futility and despair. All, that is, except for one. The Madoka who made the wish didn’t truly understand Homura. She cared for her, felt she was a dear and true friend, but she didn’t understand. Even if she had, she probably would have made the same decision.

But due to her decision, Homura failed. Fully and completely. Madoka was now forever beyond her grasp, a cosmic force beyond even Homura’s control over time. Perhaps, if like Mami and Kyouko, she’d had her memories changed, this would be ok. But they weren’t. She still remembers. Remembers her failures, all the times she and Madoka fell before Walpurgisnacht. As she kills the towering demons that have replaced witches, she knows that she will never, ever get her wish. 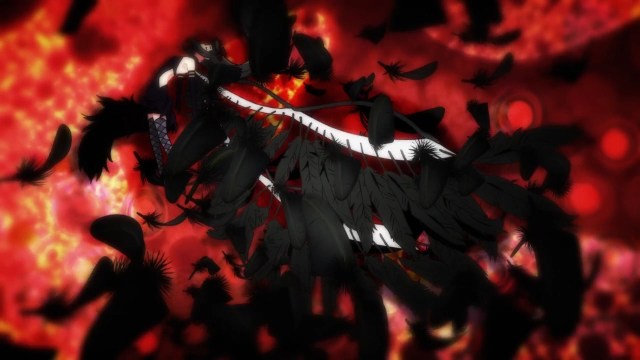 After the series, before Rebellion, the question of what to do about Homura was central to much of the fanfiction written about post-series events. Some tried to pair her up with another character. Kyouko or an OC. Some had her be a mentor to younger magical girls. Others had her filled with regret and longing, fighting heedlessly, searching for death but unable to bring herself to suicide. A lot just ignored her, instead centering on Kyouko and Mami. This goes to the central, unavoidable problem with the ending.

Rebellion, for its credit, understands this. What happens in Rebellion, particularly at the end, was and is deeply controversial. However it was inevitable. Homura could not, would not be happy in the world Madoka created. Because the only thing Homura wanted was for Madoka to live happily. So when she finally fell to despair, trapped by the Kyubey in the moment between becoming a witch and having her soul taken by Madoka, she lashes out. 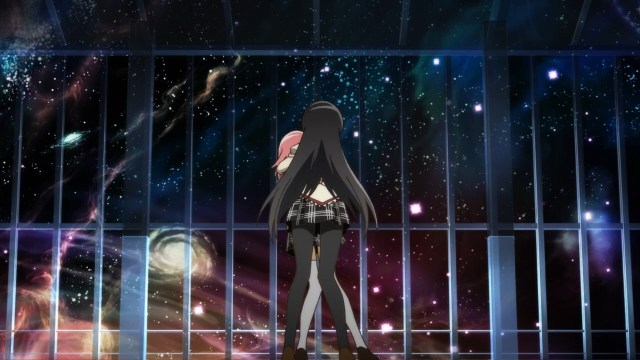 Homura had been stretched to the breaking point. The events inside her barrier, combined with her regrets from failing Madoka, all came to a head when Madoka descended for her. She could have accepted. Let Madoka take her to the Law of the Cycles, with Sayaka and Nagisa. But she couldn’t. Every fiber of her being railed against this ending. So she pulled. She pulled Madoka away. Pushed herself in her place.

For Homura this was the final culmination, of her wish to do it over again, differently. Of her promise, the next time around as she and Madoka lay dying in the water, to save Madoka. By installing herself as the Law of the Cycles, she can protect Madoka, allow her to live a happy life. For Homura, this is the happy ending she always desired. Even if it meant she had to become a devil to make it happen.

One thought on “#12DaysofAnime 12: Akemi Homura and the Pain of a Happy Ending”