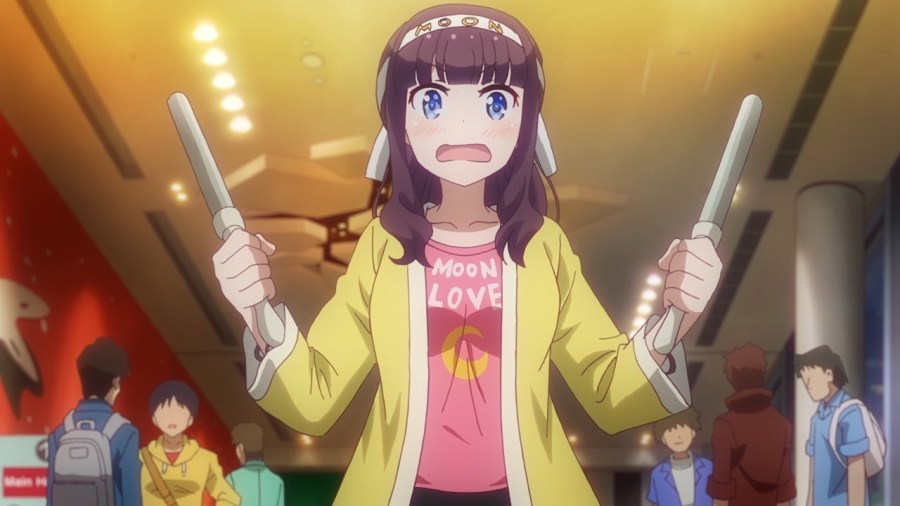 Wow halfway through the season already! For what was allegedly going to be a weak season, I’m watching more shows than I did last season, and find it much harder to rank them in general. Well, with a few exceptions. So let’s get on and see how things are going! 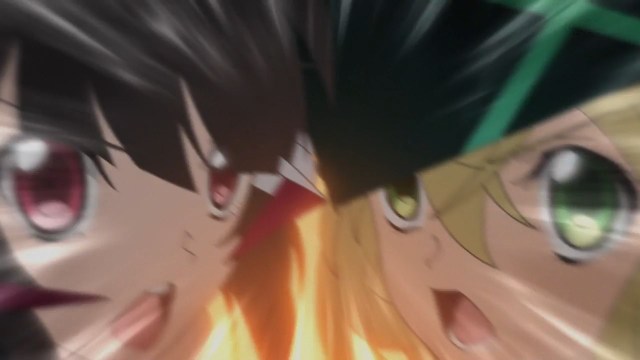 While subs are MIA for the most recent episode, Symphogear continues to have perhaps its strongest season ever. Consistently high production values, excellent fights, fantastic music, basically everything you would want from a Symphogear season is present in spades. 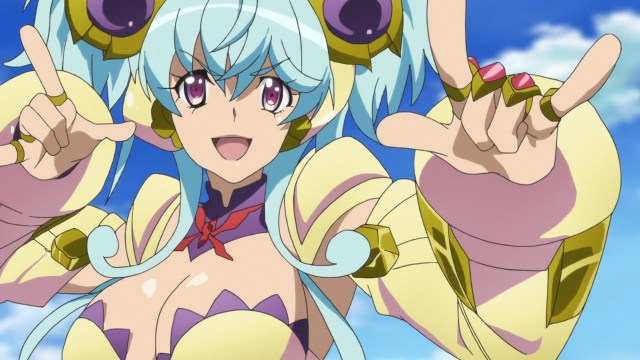 Perhaps the best part of the season though are the villains. Saint-Germain, Cagliostro and Prelati are easily the best villains since G, and honestly the best attempt the series has made yet at “sympathetic” villains. Maria and her crew were so obviously going to join the team that they were nearly impossible to take seriously as actual antagonists, but the Alchemist Trio are villainous enough that their fate is very up in the air. However with Adam and Kiki, two clearly much more sinister characters, it looks like at least a temporary alliance may be in order. Super excited to go into the back half this strong!

New Game is, quite frankly, the best show of the season. Yes its below Symphogear but you can consider them effectively equal. However New Game has been consistently strong and powerful in a way very few shows ever manage. Its taken the base the first season provided and used it as a springboard to become perhaps one of the greatest anime about adult, working life imaginable. 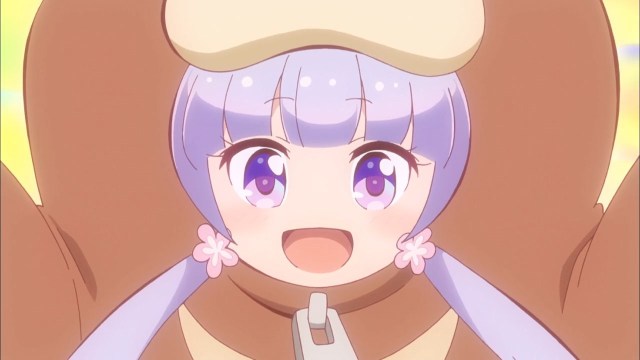 It’s really hard to pick only one thing to praise about the show. Episode 6 was the best yet. Spending an entire half of its runtime on Aoba’s struggle to do something that was, ultimately meaningless, but important to her. Something she needed to do, even if she already knew what the outcome would be. Some shows go entire seasons trying to make drama as effective, but New Game effortlessly did it in barely half an episode from start to finish. Truly amazing in every way.

Halfway through and PriPri is just knocking it out of the park every week. Despite its absurd setting and utter determination to have these spies work in the least spy-like ways possible, it pulls it off. It really is because of how strong the cast is. All five of the Pigeons are distinct, fully developed characters. They feel real, and the way they interact with each other backs this up. You can throw any pair of them together and feel confident that you’ll get some sort of witty banter or interesting interaction.

The main plot is playing out very slowly, not only due to the scrambled episode order. Ange and Princess’s history together remains opaque, though it’s becoming clear that for both of them, the other is the most important thing in their world. Right now, their goals align with the Commonwealth, but as soon as they don’t, things will probably get rather hairy for the Pigeons. 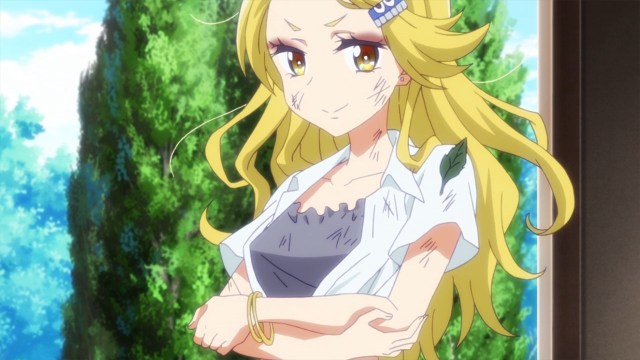 Hina Logi has continued being the most aggressively happy and upbeat show of the season, even more than Cheer Fruits. For a show who’s setting has involved alien invasions, it is bound and determined to not have any actual major stakes. Which is fantastic. It doesn’t need them. Just spending time with the girls is its own reward. 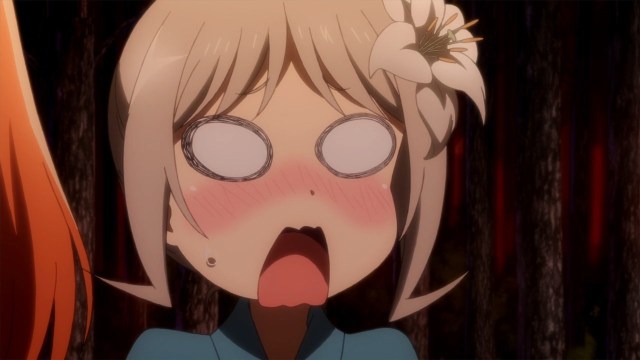 It’s also continued to be utterly gorgeous, with some fantastic transformation sequences that take great advantage of its setting and the abilities of each of the girls.

It’s hard to explain why precisely Cheer Fruits is so good other than, perhaps, it just doesn’t do anything wrong. Other than the Sentai Show dressing, nothing it does is particularly new or original, but it does it all in a way that makes it seem easy and effortless. It has probably too many core characters, but they are all distinctive and memorable. It has a character who has a disability, but doesn’t focus on it, or make her all about her disability. It’s just one aspect of her entire character.

Perhaps the best part is how much fun everyone is having. Well, they all have fun eventually even if they might need some encouragement. The stakes are low, but not everything needs to be high stakes. Making children smile and laugh is one of the best rewards you can get.

Made in Abyss (6 Episodes) 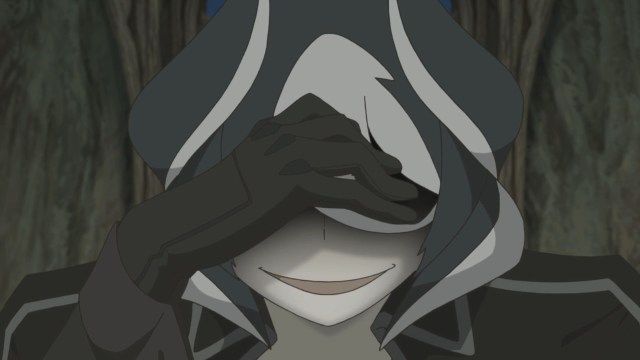 Made in Abyss has well and truly descended to the Abyss. The introduction of Ozen, a character who for all her apparently humanness, seems as monstrous as any of the Abyss creatures, truly seems to be a turning point for Riko and Reg. She is the first thing in the Abyss that Riko truly did not understand or expect, throwing her completely off-balance in ways we had yet to see. 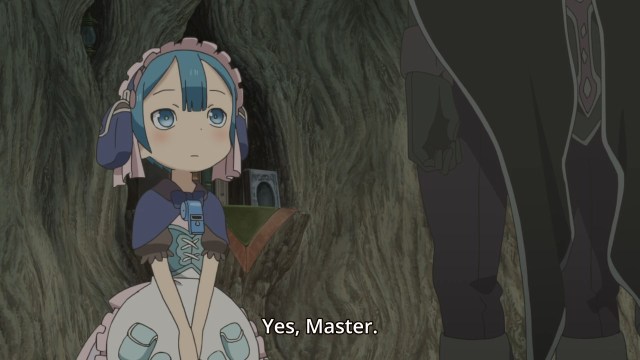 Ozen’s true goals and desires are murky and unclear, but it seems doubtful that whatever they are, they bode well for Riko and Reg.

Finally rising up the ranks, based on being an all around solid show in every respect. The last few episodes have been consistently excellent. Fun episodic characters like the half-elf wizard, who made a magic freezer for her ice cream takeout and the admiral who’s spent 20 years on a desert island, visiting the restaurant once per week, are all lots of fun. Aletta’s been getting more screentime and the second waitress, Kuro, was just introduced.

All in all, it’s an excellent take on the Isekai genre, and well worth a look by just about anyone. Honestly, if you like anime, there is probably something here you will enjoy.

Re:Creators has settled solidly into its final arc, and its suitably epic and awesome. The show hasn’t quite reached the heights it was probably capable of, but it’s still a very solid action romp. It has also avoided a lot of the more common pitfalls that its peers stumble into, which makes it quite refreshing in many ways.

Sadly, Centaur has dropped pretty far down my list this season. It’s not bad, precisely, but it’s definitely not anywhere near as good as it should be. The production is visually fairly poor, though it has its moments, and some of the direction choices are…odd, to say the least. It also has severely underused its potential as an adaption. Basically the entire show is adapted right from the manga, just with the chapters shuffled around. But within a segment, very little is changed.

One of the biggest strengths of an adaption is its ability to streamline and enhance the source. One of the best examples recently being Kobayashi-san no MaiDragon. The MaiDragon manga is a fairly lightweight comedy, not bad by any means, but not exactly a showstopper. The adaption elevated the material immensely, drawing out the core themes of family and acceptance in a way the manga never quite manages. Centaur no Nayami is a much stronger source to begin with, and in the proper hands it could have become a truly classic anime. It’s still quite enjoyable, but a pale shadow of its potential.

Sakura Quest continues to be a perfectly pleasant way to spend half an hour each week. It’s not going to rock the world, but it’s also managed to not make light of the situation its presented. The problems and the solutions feel real and grounded enough to be believable, but are just exaggerated enough to be entertaining. 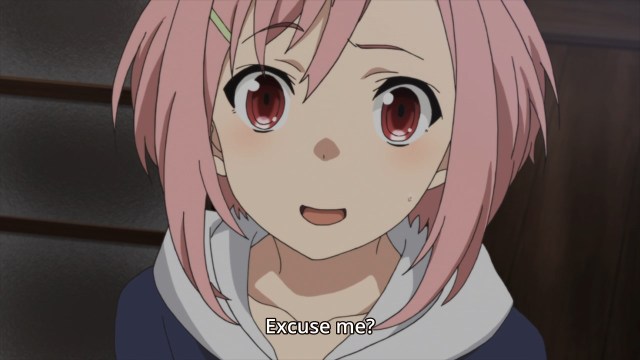 The real treat is how much Yoshino and the other girls have grown in their year together. They haven’t changed in drastic ways, but they have all grown up a bit, even or especially, the ones who were already adults.

This show continues to be offensive and terrible in ways that almost boggle the imagination. Don’t watch it. Please.